When Alicia Coates, IFBB Figure Pro, heard about the Think Massive Mantra of Monolith Apparel she was hooked!

So we reached out to her to see if she would be interested in helping spread the word of a local Arizona brand trying to make some changes in the fitness apparel industry… when she heard what we were doing, she was totally down!

We got together with NPC legend Alicia and told her how we make our clothing in the U.S.A. The quality of fabrics and standard of production that goes into each and every piece of Monolith clothing.  (Including our high-end Compression Leggings and shorts which are made right here in Arizona!)

We told her about the Think Massive Mantra and what it means to live a life by that mantra every day.

She loved the softness of our T’s and Tanks and the looks of some of the new gear we were getting ready to drop for Summer. We spoke pretty highly of our own gear, but who wouldn’t? This company, the products we create, and the human mentality we try to foster… it’s our baby!

She tried on our Compression Leggings and fell in love! She literally told us ” Don’t change a thing!”, but there were a couple upgrades we had to add to make our version 2 ladies compression leggings even better! (Stitch count and thread tensile strength.) Not to mention a new selection of tasty colors for everyone to enjoy!

After throwing some ideas around, we thought it might be a good idea to do a Special Release!

Although the Limited Edition Hoodie sold out (quickly), you can still grab other quality gear in our store!

There were only 150 Limited Edition Coates pieces produced and they went FAST!

The moment Alicia Coates mentioned them on her social media, the limited production hoodie sold in no time! It was pretty crazy to track just how many people saw the message, the brand, and the Rose Gold and swiped up their individually numbered piece.

Her fans love her and loved the piece we created with her. It’s still one of our highest rated (and fastest selling) pieces to this day!

In the months before the official launch of her Limited Edition Think Massive Hoodie we did a photoshoot with Alicia and it was pretty epic! (Gallery to below.)

We turned Monolith Ground Zero (aka Bishops Training Facility the home of our favorite personal trainer) into a photo studio and captured some amazing images of IFBB Pro Alicia in her element… the gym, ready to train.

We also filmed Emmett Bishop our trainer putting Alicia through a routine of his patented workouts. The Mad Scientist had Alicia blowing through exercises, sweating, breathing heavy, and surprisingly, asking for more! (That doesn’t happen too often in the his “lab”. Weight training and cardio on point!)

Some of which we’ll be releasing soon on our Youtube channel!

We loved working with Alicia and had a blast creating the piece and the website images that went along with its release! It’s not too often in the fitness industry that you come across someone with so many accomplishments that is so down to Earth, especially with a bodybuilding celebrity status! 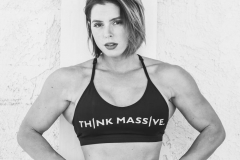 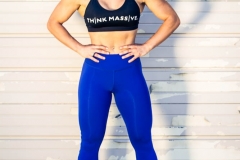 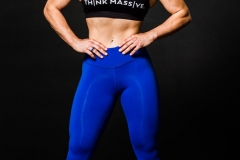 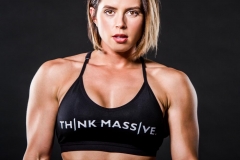 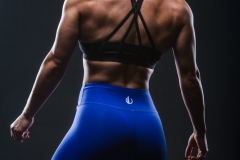 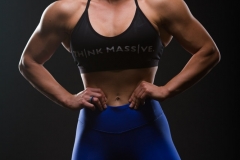 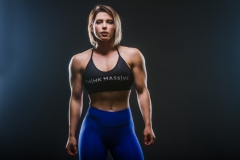 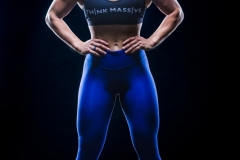 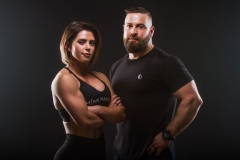 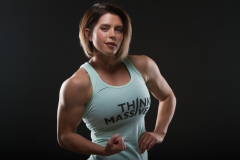 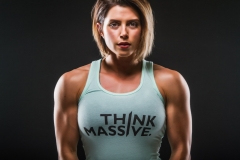 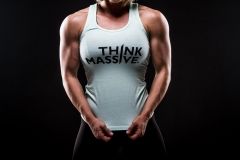 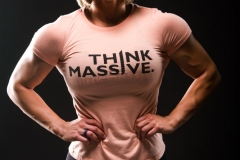 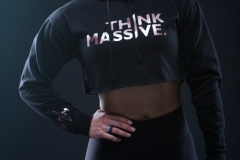 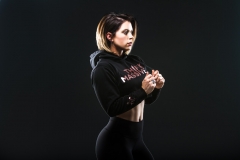 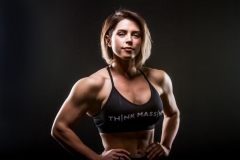 These are just some of the finished images we created while working and training with Alicia. One of which now proudly hangs at Firebird Nutrition in Old Town Scottsdale on Thomas and Hayden. (You can also catch a glimpse of the workouts Alicia was part of in the soon to be released video exclusive playing in-store at Firebird.)

Working with an IFBB Figure and a Competition Superstar.

(Some of you may remember the hype around Alicia’s Olympia pro debut on stage.)

It was very cool getting to hear some of the stories she had about working with other brands in the fitness industry and about some of the people she’s become close with and the opportunities presented to her for being such a hard-working and notable face in fitness.
We had a blast working with Alicia and hope in the future to be able to work with her again! As we continue to grow, evolve and better ourselves we hope to cross paths with more amazing, inspiring, and motivating people just like her.

Until then, we’ll keep working hard to produce the best American made athletic gear in the industry! Think Massive may be our Mantra, but it’s also how we approach our product quality. Good isn’t good enough!

Do you want to work with, or know anyone you think would be a great fit to work with us? Drop us a line! We’re always looking for those folks that are inspirations, be it to you, or you… we’d love to hear about it!

Also, keep your eyes peeled for our V2 Compression Leggings and Shorts coming soon! Sign up for our newsletter to be notified! (Newsletter members will get a special pre-release price discount… hint!)

And keep a look out on our social media… we’re going to start “leaking” some pics of the new colors here and there. (@monolithiclife)

Let us know your thoughts… were you able to get your hands on one of the Alicia Coates Limited Edition pieces? If not, why not? Do you think we should do another? If so, what should it be? (There are talks of extending the production run out by 100… but who knows?!?!)

Either way, go out, set your goal. Let nothing take you off course. We believe in you and know that you are capable of so much more than you currently believe. There’s only one thing you can do… Think Massive every day and smile while you do it!

Join Our Mailer.
Get Discounts.
Get Updates.
Get Inspired.